How to revolutionise the recruitment industry in Australia. Lie detection. 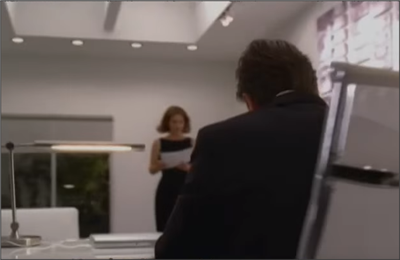 Disclaimer. I worked in the recruitment industry for a few years in marketing, but what I am about to say is unlikely to phase anyone who has worked in it.

IN theory a recruitment company is a specialist company that finds and vouches for new employees, full time part time or casual. You might think that a specific professional career recruitment company like accounting, finance or IT might be very specialist and get the best candidates, but that might be as much luck and system setups as anything actually learned at the interview

2              Recruitment company usually cuts and pastes the job onto their regular job boards AND looks though their current database.

3              When there is an issue with an employee the recruiter sales manager or account managers go for a long lunch with many drinks and smooze over the issues.

4              Interviews are held with the most likely best candidates (usually degree and experience (number of years in that specific role) driven.

ISSUES WITH the CURRENT recruitment PROCESS

Often the recruitment company associates or recruiters have no background in the industry they are recruiting for.  I knew many who had no idea about most of the common acronyms within the industry let alone an inkling of the tech work a candidate would have to do.

Pressure from above usually means that there is limited time on selecting candidates and much more time spent on finding new clients. The sales funnel is very important here too.

This issue really promotes CHURN where old candidates are continually recycled, and every player is risk adverse.

The target company doesn't mind this process as it gives them arms length to the candidates (particularly those on short term contracts) and can alleviate some of the financial burden or insurance issues.

The main issue is the very flawed recruitment interview

As they say, a recruiter will usually make their mind up about the candidate within the first few minutes.

The interviewer often has very little idea about the technical specifics of the job (lack of direct current experience). They usually rely on the cover letter matching the requirements and often can do little to check - who relies on character references these days?

Interviews can be based on several long used methodologies such as behavioural interviews, where a well coached candidate can bluff their way through. Recruiters are not after brilliant people, just candidates who can do the job, will do the job, and will fit in with the least fuss.  Hence the propensity for massive churn in many specialist industries.

They DONT 'think outside of the box' even if this is paraphrased in the ad as a requirement.

The best interview is one that uses LIE DETECTION techniques

If you have interviewees who are not in the industry or current or can understand EVERY niche in an industry, all they can do is ask seemingly pertinent questions, and take down notes as to the answers and if they believe the person.

EVERY recruiter thinks they are an excellent judge of human behaviour and character, but if this was so surely they would all own their own companies?

Every candidate will at some stage lie or embellish during an interview. Most interview questions are aimed at uncovering any bad behaviour issues that a candidate might have so the recruitment company can minimise their own risk at recommending a bad candidate.

Have you ever wondered how flawed this whole process is?

Surely if you get a candidate through four sequential interviews, you will uncover the truth, but how many companies are willing to pay for this kind of process, and still it can be very flawed. What if you hire the best interviewee and not the best candidate.

Do you want to know about their skills or their character?

Paul Ekman (Ph.D) developed a system of categorising facial expressions people have in reaction to questions since his original research in PNG highlanders in the 60's REF 1. Macro and micro expression combinations are often subconscious and in a given combination can related to a single emotion. And these can be auto analysed with the latest video techniques, for an unobtrusively filmed interview.

The American Defence department and law enforcement agencies have been interested in his work for years.

Several psychology and digital companies have tried to assemble 'mind reading' suites that use Paul's Facial Action Coding System (FACS) methods.  So why is it not wide spread, and why did you not know that the TV series 'Lie to Me' was based on this research?

Simple. It takes money to train people, the right questions have to be asked, and sometimes allied emotions that appear to represent a lie can be revealed in questions. For instance if someone is embarrassed for a completely non related issue about answering a question, to a novice their macro expressions at least will come off like they told a lie. But this should be the least of your concerns.

THE amazing thing about these systems is that once they are in a database and vision systems have been appropriately trained on a multitude of faces and questions, they can almost run on auto. They become a much better judge of the truthfulness   than any human or any regular lie detector could ever dream of. AND of course if your machine raises a concern, you can always re ask that question at a second interview, in a different way.

While it might initially seem expensive, these kinds of computer applications, with trained users, could resolve many of the issues faced by recruiters asking questions they don't really know the answers to. It will even overcome apathy where recruiters don't even care about the meaning behind the answers.

Did you know that many people who are extremely clever but have worked in too many industries can't get placed by a recruiter, because the recruiters want 'certainty' and to select well within the box. Likewise it can be almost impossible for a brilliant worker to move from an industry if they have worked in it for too long.

What if the interviews could be freed up to ask genuine 'out of the box' questions and employ the best people, not just churn?  Wouldn't that be better for recruiters and employers?

Unfortunately while many recruiters claim to be leading edge with their questions, very few of them actually use any such lie detection or intent detection tools.

Time and money and complexity keeps even most of the top recruiters in the dark relying solely on a few people's 'judge of character' never event taking a risk with candidates who are an exact it on the first interview, as it is a "waste of time". So much talent is left on the table, and locked into one industry or another because of jittery recruiters playing it safe.

There are obviously incredible applications for a piece of software that could provide a better prediction of anyone's intentions to anything rather than having 'good judges of character' sitting in with their own life experiences and subjectiveness.

If you are interested in these kinds of things then 'emotient' would be a good place to start your fortunes.